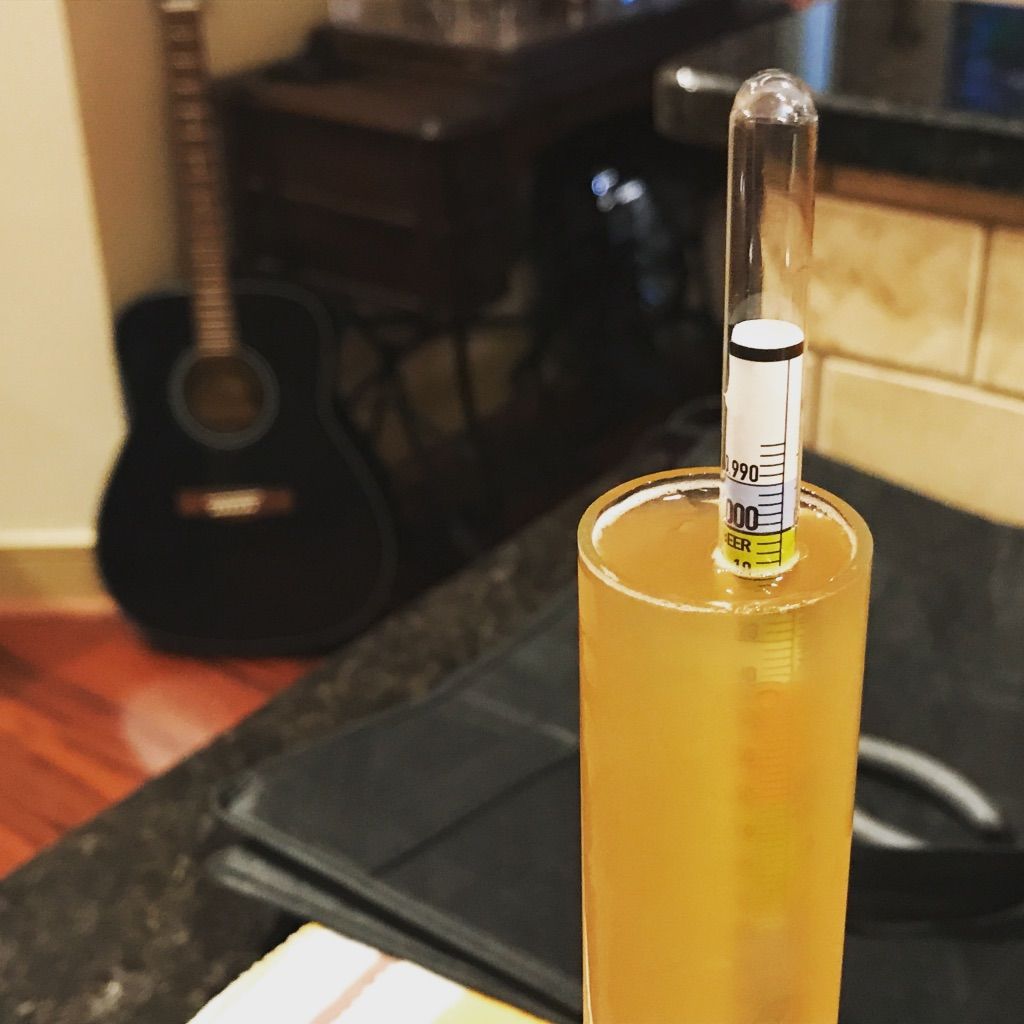 The Cream Ale has turned into quite an obsession of mine, as you can probably tell. This is my third time brewing a Cream Ale in three months. And it’s also the third iteration of my recipe.

I first learned about the Cream Ale while listening to The Brew Files; an offshoot of the Experimental Brewing podcast. Drew Beechum recorded an excellent episode featuring the Cream Ale, which he claimed is one of his favorite styles.

I decided, after listening to that podcast, that this style would be perfect for my fermentation setup and current inability to tie up my kegerator for weeks to try and produce an American Lager. Traditionally, cold conditioning was not used by pre prohibition brewers. This was the primary reason why ale brewers used this style to compete against the lager brewers that were beginning to dominate the beer market in the mid 1800s.

2 row versus 6 row malted barley was the main focus in my first two versions of this recipe. In this third iteration, I decided to stick with 2-row barley and change from Nottingham yeast to WLP005 – British Ale.

My motivation behind switching yeasts was that WLP005 tends to attenuate a less than Nottingham. I wanted the beer a little “less dry” than what the Nottingham was giving me. Cream Ale should be neither malt nor hop forward, according to the 2015 style guidelines. But I wanted the mouthfeel and malt flavors to shine through just a little more.

For some reason this felt like a really long brew day. I was pretty disorganized, my brew space was cluttered I had some spills that just kind of pissed me off.

Anyway, I hit my mash temps dead on with the RoboBrew. According to my brew session on Beersmith, I also hit all of my gravities except for the OG…which came in a little low at 1.046 instead of the predicted 1.053.

This was the first time I brewed with Short Circuited Brewer’s Robobrew profile that you can find here. I just need to play with the efficiency setting to get my OGs dialed in.

My aquarium pump chilling rig is also working quite well. I managed to get from boiling to pitching temps in a little under 45 minutes with the RoboBrew chiller and and my pump recirculating in an ice bath.

I pitched a pure pitch container of WLP005 at about 60 degrees without a starter. Fingers are crossed there.

After more than 36 hours, it finally started showing sign of fermentation. Looking back, there are two things that probably caused this lag.

We’ll see how it progresses…

I had to go to work for a few days so Liz gave me updates on gurgling and what the beer was looking like in the fermentation chamber.

When I got back home the gravity was only at 1.022! it had been going for a week and really wasn’t even halfway finished. After a bit of Reddit-ing I decided to bring the carboy out of the chamber and let the temps rise to ambient (about 74 in our apartment). Then I gave the fermenter a swirl.

I know it was probably just gasses coming out of solution but I began to see some steady airlock activity within a few hours of rousing the yeast. Hopefully they’ll get back to work.

Oh…I also tossed in 1/4 tsp of Wyeast yeast nutrient when I swirled. Just for fun.

Fermentation picked back up we dropped down to 1.013. Success!

Racked into a keg today and purged the headspace of oxygen. I’m not purging my kegs quite yet, so I’m not sure if letting this sit at room temp is going to cause too many issues. I still have a little bit of Cream Ale 2.0 left and not enough room in the kegerator for three kegs.

Decided to pull Cream Ale 2.0 out of the kegerator and put this one in to fine with gelatin and carbonate.

I’m going with the “burst” carbonation method on this one. I’ll let it chill for about 12 hours and then hit it with 35-psi for about 18 hours.

Golden color. Still a little hazy since this is one of the first pulls from the keg. Small bubbles, but not really and head. Probably just not quite ready as far as carbonation goes.

Fruity esters (probably from the 005). Mango and Apricot. Some DMS, but not as present as previous batches.

Very fruity. Or I guess I should say much fruitier than the first and second versions. This 005 really puts off more flavors than the Nottingham. I’m not sure I would even call this the “same” beer as my other versions.

Light bodied, dry and somewhat carbonated. Not much residual sweetness.

This one is actually growing on me. I’ve found that when it warms up, the DMS that I like in a cream ale comes out a little more and the fruity esters kind of take a back seat. We’ll just have to see how quickly my friends drink it the next time they’re over.

I think Cream Ale version 4.0 is going to be “the one”. I’m going to go with a grain bill of 40% percent both two row and six row. I’ll keep 20% as flaked corn. I’m going to go back to Nottingham yeast and back to my cool fermentation with a two day diacetyl rest followed by a cold crash.

I actually just set up a second fridge as a fermentation chamber so I’ll no longer have to use the kegerator as my chamber. While it worked, it was just a pain in the ass to take out kegs when I wanted the space.

Feel free to comment below or email me any time at [email protected].