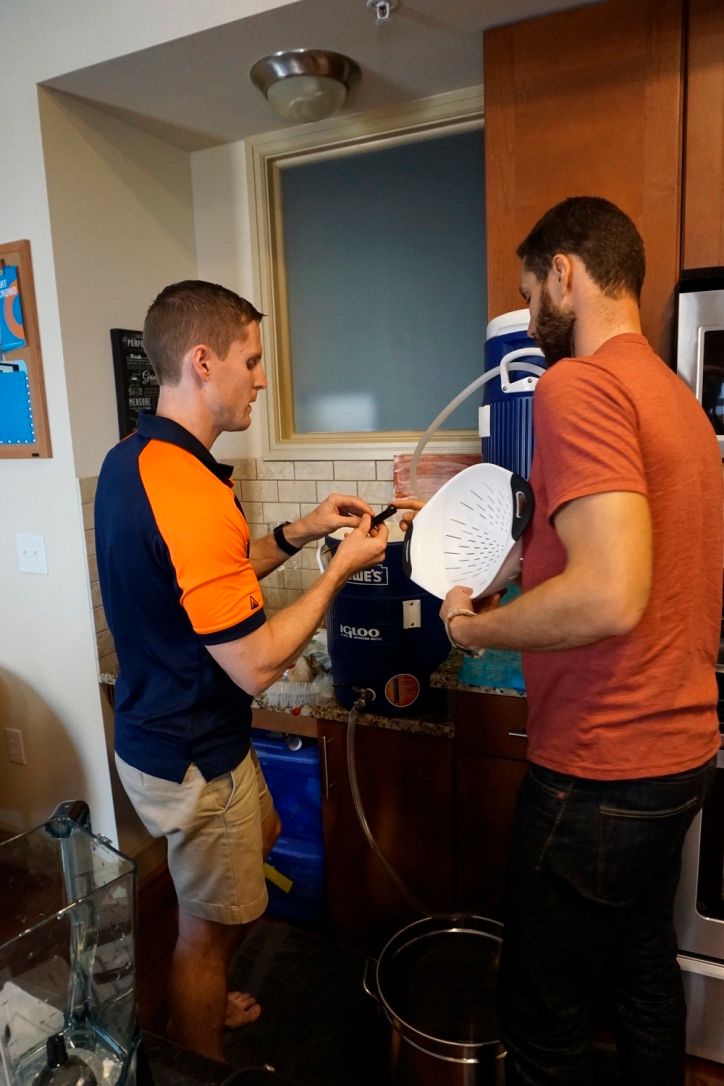 I typically brew during the day while my girlfriend is at work, but this past brew day we had some friends in town and decided to have a how-to-brew day. Since I was running low on my Weedwacker Clone I decided to brew another pale style that’s in the realm of a “session” beer. Also, I’m kind of on a Saison kick right now so I decided to go with a “Saaz Saison”. The grain bill is simple – just a little German pilsner and a dash of pale wheat malt. I decided on WLP565 instead of 566 just to see if I can taste the difference. The brew day went very well considering how distracted I was with trying to explain the process to everyone. The beer is in the fermenter, and after 4 days it looks as though fermentation is complete. It has a very orange-juicy haze and color. I can’t wait to pull a sample and taste this one.

Other Stuff
————
AccuMash for light ales

Brew Journal
——————-
3/18/2017
We started the brew day around 2PM. I added a packet of AccuMash buffering salts to distilled water and heated to 168. After doughing-in the mash settled around 147-degrees which is a few lower than targeted.

After the 60 minutes mash I circulated about 2 quarts of running back into the mash until the wort began to run clear. Sparged with 170 degree water and ran off about 4.5 gallons into the kettle. I’m deciding on a 90 minute boil this time just for something different.

After the boil I cooled in the sink with an ice bath and transferred right at 3 gallons into my 3 gallon PET bottle. I also decided to leave the trub in the kettle so I could get as much wort as possible in the fermenter.

3/19/2017
Fermentation is happening and a nice kreusen has formed. I still don’t have temperature control so I’m fermenting at an ambient temp of about 72-degrees. The beer is has an orange juice haze and color to it. Very curious to see if it clears up.

3/22/2017
Fermentation has definitely slowed down and the airlock is no longer bubbling. I’ll pull a sample tomorrow to check and see if it’s finished. Still super hazy and orange. Can’t see my hand on the other side of the carboy.